Father Andrew was appointed pastor of Sts. Peter & Paul from 2022 to present. 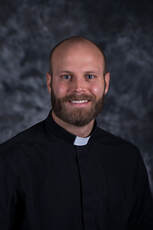 Father Christopher was appointed pastor of Sts. Peter & Paul from 2019-2022. Father Christopher Droste began his life in Christ down the road at St. James Parish as a fifth generation member of that community.  After graduating from St. James School, he moved on to Mater Dei High School where he spent his formative years wrestling; not on the mat, but with his own heart. These were the early and hidden signs of a religious vocation that would slowly take form and begin to become more visible later in life. Not knowing yet what kind of life could fuel his fire and quench his thirst for life, he embarked on a winding road for several years that eventually led him to pursue the craft of songwriting in Austin, TX. In the process of searching to communicate something real--something with authenticity, beauty, and meaning that would move people, a number of providential encounters and events impacted him deeply and reawakened his religious sensitivity, eventually moving him to consider devoting his life completely to God. After a brief time of discernment in Texas, the greater need for priests in the Diocese of Evansville called Fr. Christopher back to southwest Indiana. Fr. Christopher then attended and graduated from Simon Brute Seminary and St. Meinrad Seminary. He was ordained to the priesthood on June 8, 2013 and was assigned as associate pastor of Christ the King and Holy Spirit Parishes in Evansville which became Annunciation Parish a year later. Fr. Christopher was then sent to become pastor of Sacred Heart, Schnellville, and St. Anthony, St. Anthony Parishes and merged them into what is now Divine Mercy Parish in 2016. Fr. Christopher was appointed the Diocesan Director of Ongoing Formation for Priests in the spring of 2019 and later that summer, appointed pastor of Holy Cross, St. James, and Sts. Peter & Paul Parishes. It’s an exceptional occurrence for any priest to receive the opportunity to continue his journey with Christ in the same place on earth he began as a child. ​ 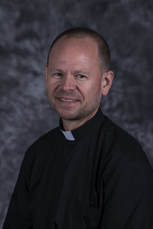 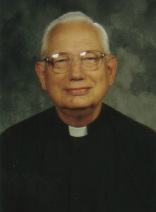 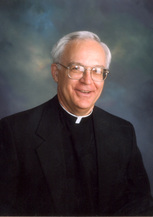 Fr. Nicholas Forve was appointed pastor in September 1917 and served at Sts. Peter and Paul until September 1948.  His service as pastor was marked by spiritual and material growth for the parish.  A new organ was obtained; new pews replaced the old ones.  A clock was placed in the tower of the church.  Beautiful art windows were installed.  The rectory received needed attention with important improvements.  The cemetery was enlarged, improved, and beautified.  Father Forve became Pastor Emeritus in 1940.  He continued his deep interest in the parish until his time of death. Father Forve was known widely for his singing and his instructive sermons, he was indeed an inspiration to all who came into contact with him.  Fr. Forve is buried in Sts. Peter and Paul Cemetery.

Father Michael Seter was appointed pastor in January 1910 and served at Sts. Peter and Paul until August 1917.  Sts. Peter and Paul prospered spiritually and materially during his pastorate.  In the summer of 1910, Fr. Seter enlarged the original church by adding a new sanctuary with new altars, and a new communion rail.  The church was also redecorated.  Father Seter was known for his oratorical deliveries, as well as his most active participation in civic affairs and sport activities.

Fr. Joseph Zoglmann was appointed pastor in January 1909 and due to ill health resigned his pastorate in January 1910.

Father Bernard Ewers was pastor of Sts. Peter and Paul from August 1882 to December 1908.  During Fr. Ewers twenty-six years, he planned and built a school in 1904.  The building consisted of two large class rooms on the first floor, a large hall upstairs, and living quarters for the sisters in the rear.  Fr. Ewers is buried in Sts. Peter and Paul Cemetery.

Father George Winderin was the first resident priest at Sts. Peter and Paul from July 1877 to August 1882.  The first church and the first rectory were built during his time as pastor.